India 's first School Voucher Project was launched in Delhi on 28 March 2007 by the Centre for Civil Society as part of the School Choice Campaign. To demonstrate the power of school choice, we awarded school vouchers worth up to Rs. 3600 per year to 408 students in 68 wards of Delhi.

In these 68 wards, more than 50 School Choice Activists reached out to more than 12 lakh parents. Campaign vans rolled along distributing voucher forms and making presentations. Over 1.2 lakh parents applied for CCS school vouchers!

The criteria for application were that the child should have been in a government school the previous academic session and should have been studying in class six or below. The voucher would be given for a minimum of 3 years. We would continue to support the students further if funds are available.

As a fair and transparent method of selecting students from more than one lakh applicants, we had a public lottery led by the local Ward Councillor to pick 12 students in each ward--6 for the first list and 6 for a buffer list, in case some of the students picked in the first list had eligibility or acceptance problems.

Those who did not win in the lottery, submitted petitions to their respective ward councilors demanding school vouchers from the government. More than 2.5 lakh parents submitted these petitions!

On July 26, the Delhi Chief Minister Sheila Dikshit, Education Minister Arvinder Singh Lovely, Gurcharan Das, Nafisa Ali, and T K Mathew awarded school vouchers to the winners. For these 408 voucher students, it's a dream come true to finally have the opportunity to study in a school of their choice, through the Delhi School Voucher Project. Every child in India deserves the Right to Education of Choice! 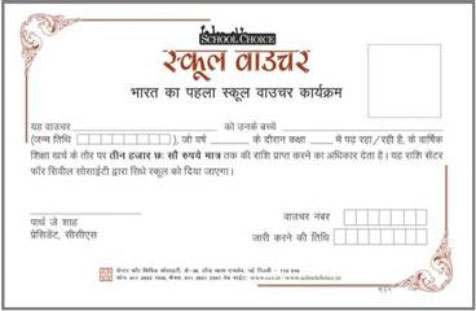 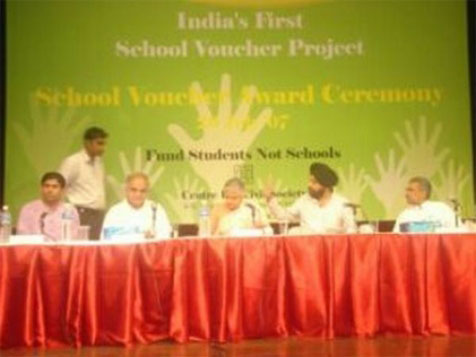 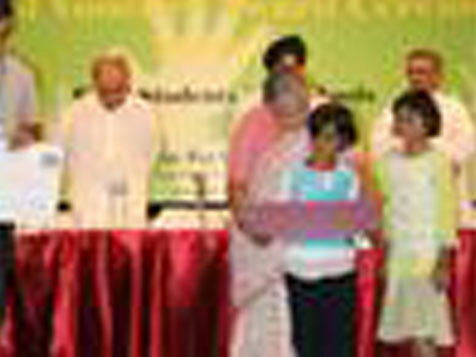 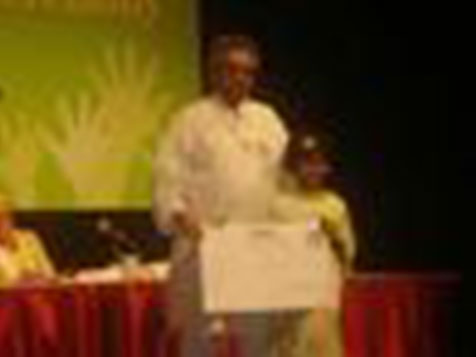 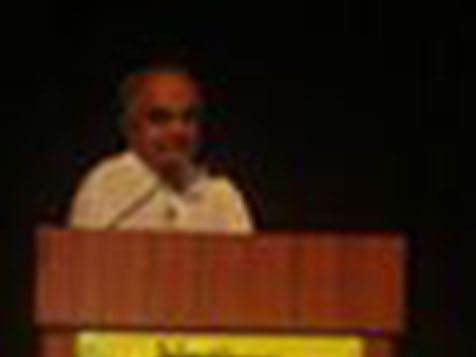 Panel with Chief Minister
The Case for Right to Education of Choice: Key Findings from the Delhi Voucher Project

CCS's flagship project, the School Choice Campaign (SCC) launched India 's First School Voucher Pilot, the Delhi Voucher Project in 2007 in the presence of Hon'ble Chief Minister of Delhi , Ms Sheila Dikshit and Hon'ble Education Minister of Delhi , Mr Arvinder Singh Lovely. The first third party evaluation of the project and its impact on the education of the 408 students who are part of the pilot was conducted by the Centre for Media Studies which has brought to light some interesting findings that question the way public funds are used for education in the country.

SCC organized The Case for Right to Education of Choice: Key Findings from the Delhi Voucher Project to officially release the Delhi Voucher Project First Assessment Report at the India Islamic Cultural Centre on 19 February 2009. The report was released by Hon'ble Education Minister of Delhi, Mr Arvinder Singh Lovely in the presence of the media, voucher school principals, noted academicians, SCC supporters and relevant members of the Delhi State Government.

"The improvement experienced by government schools is largely because of good officials, we don't know how long this will last. The Voucher idea is very good. In future students will have to be funded instead of schools. The Delhi government will use the voucher idea soon to help poor parents to cope with increase in fees as a result of the recommendations of the Sixth Pay Commission." said Hon'ble Minister Lovely.

Noted liberal thinker and President of centre for Civil Society, Dr Parth J Shah made a presentation on the School Choice Campaign and the Delhi Voucher Project bringing to light the importance of the Right to Education of Choice for all, and the role of competition in bringing in more transparency and accountability in the education sector, thereby improving the overall quality of education. "One idea that the Delhi government should adopt immediately is funding all new government schools on a per pupil basis through vouchers," said Dr Parth.

Mr Alok Srivastava, Research Director and Team Leader of CMS Social at Centre for Media Studies made a presentation on the key findings of the Delhi Voucher Project which further shed light on the role of Choice in empowering poor parents in responsibly schooling their children.

Former Director of IIT Madras and a School Choice Ambassador Prof P V Indiresan who has also been honored with a Padma Bhushan for his contribution in the field of Science and Electronics in the year 2000 spoke about the great potential of vouchers in ensuring accountability. He raised the issue of whether "the ministers and senior government officials would send their children to the schools they run?"

Summary of the key findings of the DVP First Assessment Report

The Centre for Civil Society (CCS) launched India 's first School Voucher Project, the 'Delhi School Voucher Project', on 28th March 2007 as part of the School Choice Campaign. To demonstrate the power of School Choice, CCS awarded school vouchers worth up to Rs. 3,600 per year per child to 408 students in 68 wards of Delhi . The vouchers would be given for a minimum of three years. CCS would continue to support the students further if funds are available.

After completion of the first year of the Delhi Voucher Project, CCS felt it was necessary to evaluate the project to understand its impact on voucher students and their parents. CCS wanted to find out whether the parents' attitude towards education had changed and what kind of school choice they exercised after receiving the vouchers. Additionally CCS wanted to learn about the voucher students' learning achievements during the first voucher year and how far their learning levels had improved, if it had. CCS also intended to discover possible implementation problems of the project. Towards this end, CCS appointed the Centre for Media Studies (CMS), New Delhi , to conduct the study.

During the study 816 school going students (of Class I-VII) and 1107 parents were interviewed in 64 wards of the East, Central, North-East and North-West districts of Delhi. CCS and CMS decided to cover all the voucher students in the study. The CMS team was able to take interviews and conduct learning achievements tests of 371 voucher students (pre-primary - class VIII), 371 children attending private schools (pre-primary - class VIII) and 371 children attending Government schools (pre-primary - class VIII). The parents of all these children were interviewed. Learning Achievement Tests were conducted with 1113 children. Not to scale house mapping was also done during the study in order to locate the distance of the treatment child's house to his/her present school. A total of eight teams, each consisting of one supervisor and four investigators, collected data in the field from 22nd August 2008 to 11th September 2008 (twenty two days).

Students from the same school and grade but who did not receive school vouchers: 371 children

Students from the neighbourhood Government schools and Aangan Wadi Centres (pre-primary classes) but who did not receive school vouchers: 371 children

The learning levels of these three groups were compared to get an idea of how well the vouchers students are doing in their studies compared to private and Government school students. All students were tested in Hindi, Mathematics and English to compare their learning achievement levels. Three separate tests were conducted for the three subjects. All three groups were also interviewed to learn about their attitude towards education.