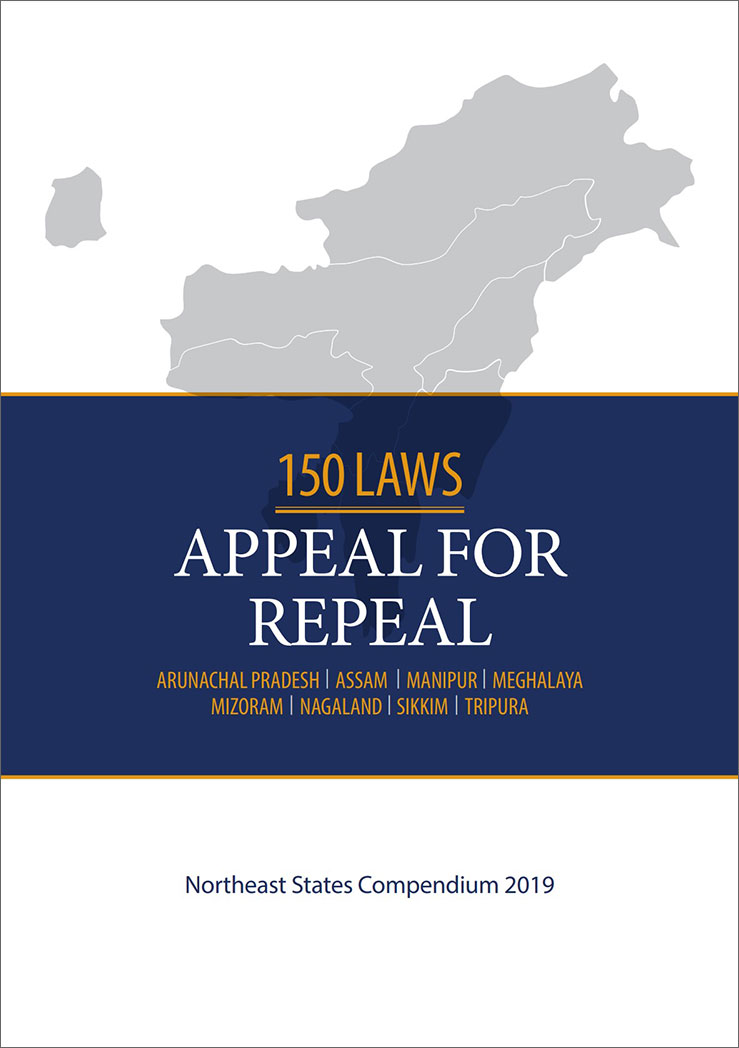 The Rule of Law forms the very foundation of a modern democratic society, defining the functionality of its public administration as well as the behavior of the private agents that constitute it. The effective codification of such a rule of law requires as its prerequisites, to be precise in enshrining the intrinsic attributes of the democracy it serves and ensuring that this is done in the simplest manner possible.

As one of the largest democracies in the world with an ever-rising population, India's enthusiasm for legislation has had, as a by- product, several statutes that with time have become obsolete, redundant or repetitive. In addition to this, there is the matter of inconsistent language and dissemination- making it difficult for an ordinary citizen to access and comprehend the plethora of legal information with ease.

This increased transaction cost coupled with glaring redundancy further breeds fertile grounds for corruption, discouraging engagement of individuals and firms with the society/ economy at large. Distorting the competitive dynamics of the economy, it leaves only those producers in the market who have surplus capital to bear costs of compliance. This, in effect, weakens the social fabric by incentivizing behavior such as corruption and cheating.

Faced with such unsettling possibilities, it is imperative that a strong movement is reckoned with the sole objective of reforming the legal structure of the country through the framing of sound laws and construction of State capacity to enable accountable enforcement.

To accomplish such a feat would require a ground-up hygiene check of existing laws, and the subsequent repealing of outdated laws, wherever necessary. This cleansing would yield a substantial impact in the functioning of the country- both economic and social.

Centre of Civil Society (CCS) initiated the 'Repeal of 100 Laws' Project in 2014 with the aim to identify laws that could be repealed on account of three reasons—i) redundancy, ii) obsolescence in the face of new laws iii) hindrance to development, governance and freedom.

The success of 'Repeal of 100 Laws' Project, conducted in partnership with National Institute of Public Finance and Policy (NIPFP) and Vidhi Centre for Legal Policy, was reflected in the successful repeal of 23 Central laws (of a total 100 suggestions) through the Repealing and Amending Bill, 2014. Further, the project was acknowledged in a Report on 'Obsolete Laws: Warranting Immediate Repeal' released by the Law Commission of India in September 2014. For the next phase of the project, CCS reached out to the State Governments of Delhi and Maharashtra, with the Maharashtra Chief Minister agreeing to repeal 19 of 25 laws.

Centre for Civil Society, in an sustained effort to institutionalize the repealing of laws as a constitutional practice for the Republic of India, brought together like-minded organizations, scholars, academicians and lawyers on 25 November to reiterate the need for a Repeal Law Day.

The Repeal Law Compendium was produced by CCS in collaboration with Research Partners-Symbiosis Law School, Noida (SLS), National Academy of Legal Studies & Research (NALSAR), Hyderabad, National Law School of India University (NLSIU), Bangalore, and our Legal Partners, Kaden Boriss, who ensure that the laws in the compendiums are in keeping with the evolving jurisprudence. The 2019 Compendium brings forth laws to be repealed in the states of Arunachal Pradesh, Assam, Sikkim, Manipur, Meghalaya, Mizoram, Tripura and Nagaland.

Substantiating the need to repeal laws in the Northeastern states Vikramjit Banerjee, Additional Solicitor General of India and the Former Advocate General of Nagaland in his opening address said that “Legal Pluralism; Northeast till today is a living example of that”.

Speaking on the impediment caused to individual and economic liberty by archaic laws, Hemant Batra, Founder Kaden Boriss Global said “any nation wanting to go in for rapid redistribution of existing wealth and income would go in for multiple laws. Whereas a nation looking for creation of new wealth would look for annulment of laws, it would look at eliminating barriers to rapid growth.”

Maneesh Chhibber, Consulting Editor, The Print, propounded that the separation of roles between the legislative and the judiciary is paramount, and “not just laws, time has come to repeal the constitution. If not repeal, at least amend it for our time”.

Bringing together like minded organisations, scholars, academicians and lawyers, the panel engaged in a constructive dialogue around the potential processes required for the institutionalisation of repeal of laws, and acknowledge one day in the year as the National Repeal Law Day.

Possibilities for Science, Technology and Innovation Policy Reforms in India

Advancements in Science and Technology (S&T) play a critical role in transitioning into a knowledge-driven economy.

An Analysis of Research Productivity Metrics and Usage Guidelines

Research productivity refers to the efficacy of research processes with respect to the quantity and quality of its contributions.